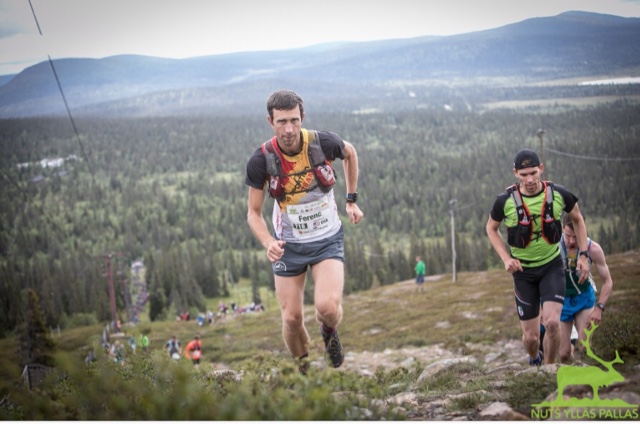 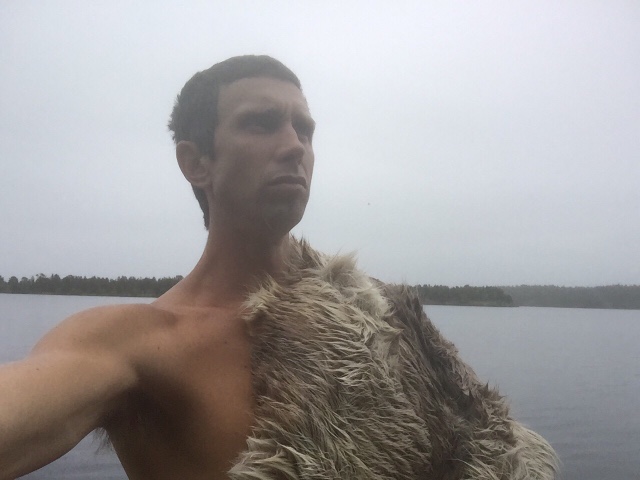 And a conversation ensued.
I've been putting my next blog post together for quite some time now. The best reason to dust off the keys and get back to the cussing smut is bc I feel that it keeps me honest to my training and allows my alter ego to get wild and satisfied (even though I'm never satisfied). The spark was a conversation (and song based on reality and facts) at my Voltron brothers house with MC Glenn, Easy G, and That Guy. MC must have sensed my own brain waves I was struggling with when it came to running/training/racing, which to say the least is that I'm the one that has to look in the mirror everyday and I'm the one that has to answer myself in what I'm doing. (Preface: I realize a lot of people feel that they owe people an explanation of why they're not running this or doing that and airing their laundry for the whole world to see/hear, and my realization is that no one gives a rats cuss. In my time with MC Glenn he broke it down from his point of view (which I truly value) and said this: "Ferenc, you don't need to prove anything to anyone!" 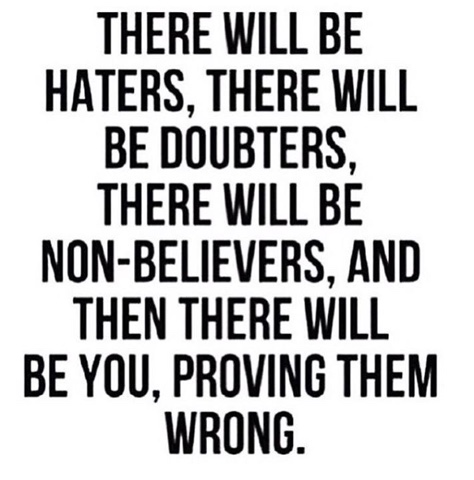 As much as I appreciate the polish of confidence people have for me from people I feel are lifers, they aren't looking through to the other side of the mirror as I am. I can't stand looking in the mirror at the half cusser I see, and I know the only person I owe is me.
This guidance was the inspiration to get that Wild Neoteny lifestyle back into full effect. And within a short time, I got invited to an epic race in Finland and I got wild for the adventure and embarked to Lapland and the Yllas-Pallas National Park in northern bost Finland (68*23*N 23*39*E). It was the land of the never setting Arctic summer sun. And the mind of a cussing wild adventure started churning. 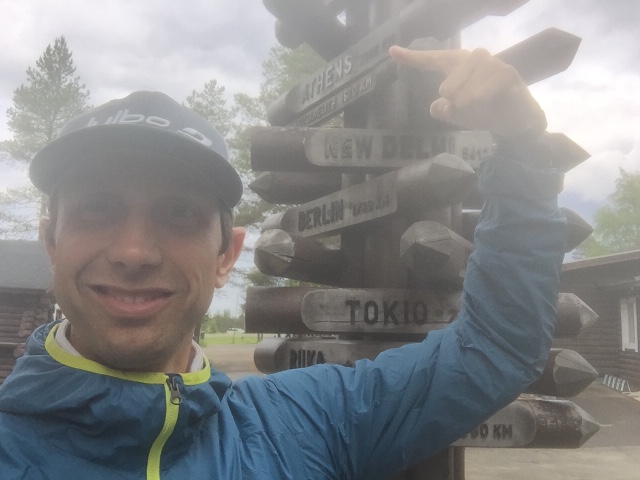 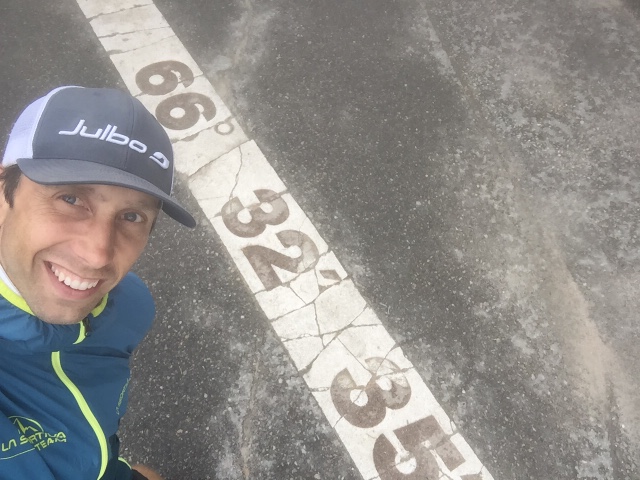 A revolution of evolution of my dirty savage godliness has to happened and been awakened in Finland. It’s tearing at my total being, and many visits of the ghost of Tom Joad on my wanderings through the woods of Bombadil and Goldberry’s in Wthens VT (of the river woman's daughter) have left me desperate. Desperation leads to all things dangerous. The nightly chanting of both the old gods and new, encouraging me to ascend to what I’m entitled to, what is mine. The soul of the crows chased any humility away long ago, so I’m only left with my core, and I was ready for an adventure. The race was a 55k over the rolling fells of Lapland, Finland. My training is going how it's going, so I was down to adventure and check out this Ultra World Trail Tour race. 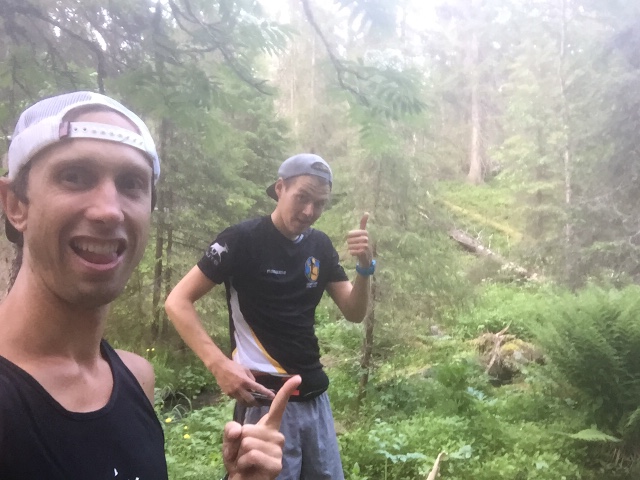 I flew out of Boston at mid day Monday and reached Helsinki (where I met Teemu Salanne) on Tuesday morning to have to take another flight to the Arctic Circle and Rovaniemi, the gateway to Lapland. I was picked up by one of the race directors (who'd be my homeboy the rest of the trip) Teemu Takkala. We then hit the race whip (2017 Audi) and headed another 3 hours north of the Arctic Circle to the race HQ for the night (the word night is used lightly as the sun NEVER set, as there was 24 hours of vitamin D).
This was the first time on the trip I was insanely impressed with the human body (and obviously myself) as I traveled for a day and a half, had 3 hours of sleep, and the first thing we did was go for an hour run). I felt good on the run despite the no sleep factor, and i had a baller idea: run a midnight mile under the Arctic sun!!! So I got my giddy up on and hustled a 4:51 mile at midnight. 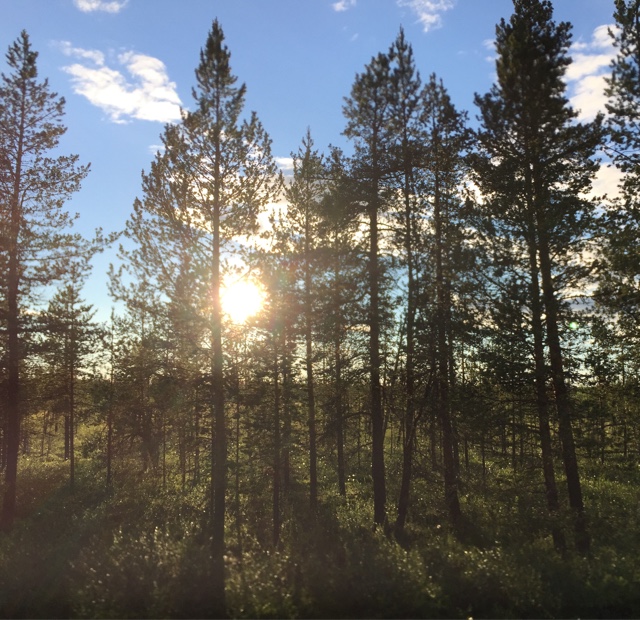 Finland is a wild place. There are reindeer EVERYWHERE. Legit, everywhere. It was awesome and new for me so I was stoked and riding my own waves of excitement. (This would carry over the whole week). The weather was also great and was between 40 and 65 during the days. 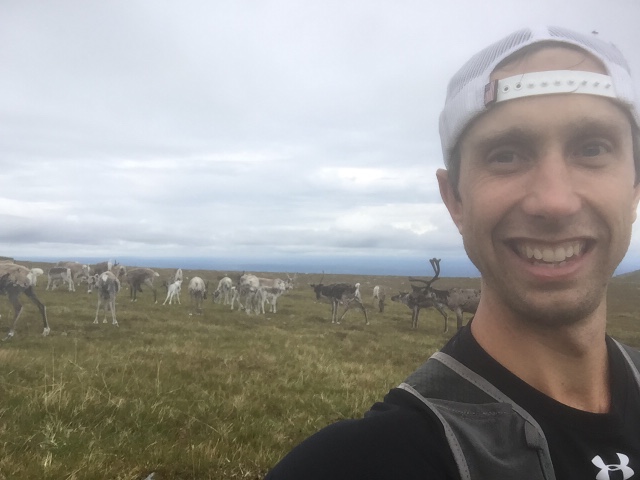 I do what I do and was able to make some awesome connections with the people there, who were unreal and amazing hosts.
With a few days before the race, I wanted to ebb and flow between checking out and doing as much as possible and state relaxed for the race. This was tough as the sun always up made me more wild than usual. It was epic having the sun always out. I averaged a solid 3-4 hours of sleep a day, and after seeing the course of incredibly loose rocks, deep cuss mud and roots, I knew that I was up for a physical challenge. I've never been scared of a good time, a challenge or adventure. It did leave me a little weary that I was at a slight disadvantage but it like usual, I was unfazeable.
Like I said, the course was 36 miles of rolling up and down on the most technical race course I've ever run. I saw enough of the course to assess what my plan was going to be: run my own race, and just run comfortably for as long as possible and hope to catch people that race too fast too early. The last 15k was downhill and the last 10k was on dirt roads. I just had to get there running. I figured that if I could run around 5 hours (course record was 5:12) it'll put me close to the W and top 5. 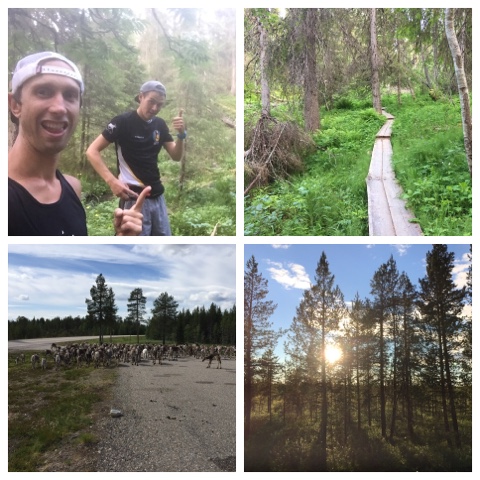 Race Day:
Saturday, July 15th was a great cool morning at the race start in Pallas. The race was point to point and I'd be rolling North in a real life Game of Thrones setting.
The race course went very fast to a single track so my goal was to go out chill but also relaxed enough to lead or be in the front as to not get mixed up with too many people and not be able to see all the technical rocks. The first 3k was a climb to the ridge and when the gun popped I went right to the front. I ran extremely comfortable and led The whole first climb with 8-10 others right in line behind me. Once on the top of the ridge, the view was the cuss! It is said that Pallas has the purest air quality of anywhere in the world and supposedly from one point you can see: Norway, Sweden, the Arctic Ocean and Russia! I was able to steal a lot of views and hey were epic!!! 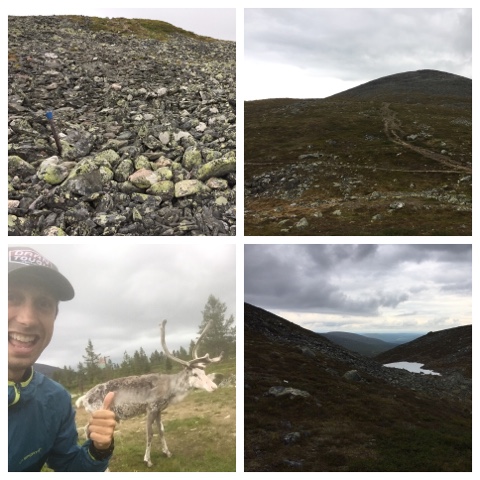 It was around 10-12k that the dudes behind me started to get restless and on an insanely technical  rock loosed section of the course 5 dudes went flying by me. And I mean FLYING by me. It was so violent and fast I was taken off guard and wondered if I was missing a preme, there was a fire or if a Brown bear was after us. It was as if you lined up every inmate of Riker’s Island on a track to race a 100m with Pam Anderson at the finish line as the trophy.
I had to just watch as they bombed the downhill with reckless uncaring. It was incredibly admirable, but I wasn't about to attempt the death pace and ruin my entire week and race plan. Had I gone with them, I would not have finished. I checked my watch and I was still under the course record pace and just kept telling myself to relax and run my own race and that they'd come back. I'm not wrong often, but this time I was Biggie, Dead Wrong! They never came back and I never saw them again except for the guy that initiated the push. (I would catch him with 15k to go and he looked like he was a participant in a Tijuana Horse Show, bow legged and rigging HARD…) The time of their move still left 30 miles to go, so I had no interest in messing my race up. 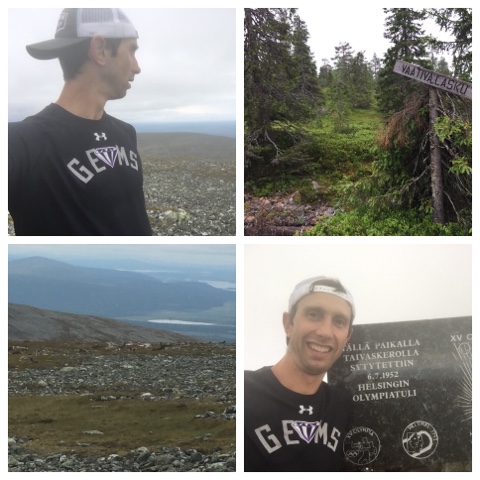 I was able to relax and roll. I was in awe of my surroundings. It's amazing and tough to describe as the limitless openness with no evidence of humanity. Primal nerves were hit and I was as happy as I could have been. I would check my watch every now and again and I was still hitting the times I set for myself. I would run by myself for 22 miles and it was the way I would have wanted it. I was able to just do me and run worry free over the technical course. The La Sportiva Helios SR’s were my shoe of choice and they were perfect. Cushioned on the jagged rocks, fast feeling and able to dry/filter the water of the deep mud. The socks I knocked in were Darn Tough Hikers, with reindeer on them) and kept my feet extremely comfortable and blister free. With 20k to go a guy caught me as I was starting to struggle with possible cramps in my quads on the last uphill and then down the last steep Mountain trail. This left me bummed for a bit, but I was able to see the recently leader heading backwards and I k ew I was going to catch him.
The last 10k couldn't have come at a more perfect time, as my legs were on the verge of cramping on the hopscotch jumping terrain I was bouncing down the mountain. I was able to just run care free and not worry about examining the trail like a cussing forensic scientist. I was also able to bounce back and start to feel better. I was able to hover around the 7’s min mile pace all the way to the Finnish (pun) line!!! I was 6th, 5:04.50 and under the previous course record. I could not have run a better race. I truly ran a perfect race, and there was nothing I could have done differently to have run much faster. The limited sleep had zero effect on how I felt during the race, as I felt epicly awesome during the whole race. Yea, I was straining and vision questing at the end, and had to summon the wildness inside me to get to the Finnish (pun) line, but I fet great doing it my way. Like I said, had I chased the leaders, I would not have Finnished (pun).
Finland
Lapland
North of the Arctic Circle
Epic
It was just what I needed to awaken and stir the raw lifestyle of Wild Neoteny inside me. Can't wait to roll out again!!!
You're welcome... 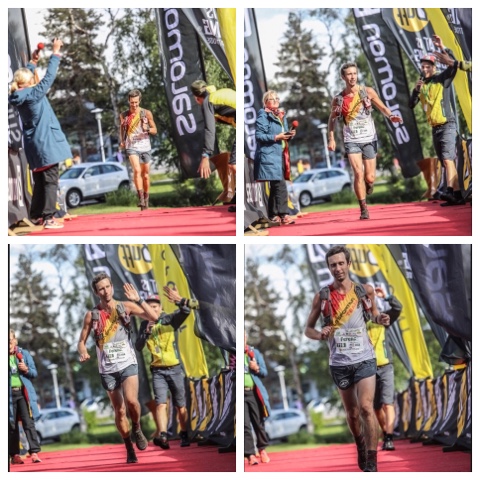